The Future of Procurement Practices and ITES-3H

It’s fair to say the Army, in concert with other military and civilian organizations, is in the process of changing its procurement practices to better reflect future, fast-changing demands. The old ways of buying IT and expecting that technology to be relevant for years is disappearing.

This has implications for how government will use contracts such as ITES-3H. Instead of simply providing simply for bulk buys of IT products, it will increasingly become a way for the Army to meet rapidly changing demands imposed by emergent technologies.

The Army explained what that future holds in its recently-published “Shaping the Army Network: 2025-2040,” which aims to guide the development of science and technology to get to the next stages of the evolution of the Army’s network. While that may still be a decade away, development of the IT required to support that vision will be reflected in what contracts such as ITES-3H are used for over the next few years.

“The battlefield and the Army of 2025-2040 will be shaped by so-called leap forward technologies,” the report states. “We have made great progress toward the current vision of a secure, integrated, standards-based environment that ensures uninterrupted global access to the network (however) the Army must continue to seek and evaluate emerging technologies in order to constantly modernize our network and maintain our technological edge.”

The initial solicitation for ITES-3H reflected at least some off those concerns, requiring contract holders to provide for technological changes to meet requirements for new technology such as biometrics, body-wearable computers and displays, wireless products and mobile personal data terminals, as well as embedded encryption.

The experience of ITES-2H seems to point to ITES-3H being well-suited to handle requirements for new technologies. ITES-2H gained a good reputation for handling changes to contracts and product catalogs. The program office is able to get those changes done anywhere from a few hours to several days, instead of the weeks or even months it might take on other contracts. So far, that adaptability seems to have been transferred well to ITES-3H.

That will be tested sooner rather than later. Cloud, for example, is something all agencies are grappling with. They’re trying to work out how the “as-a-service” model applies to them. Inevitably, however, ITES-3H will be asked to support that model. As the Army has describes in its Enterprise IT planning, it plans to use both on-premises and off-premises clouds as part of a hybrid cloud deployment.

For the ITES-3H vendors, that means more worries about making sure whatever cloud offerings they have meet the necessary FedRAMP security provisions. Most are confident they can provide cloud solutions to the Army. Now it’s more a matter of the customer demand. 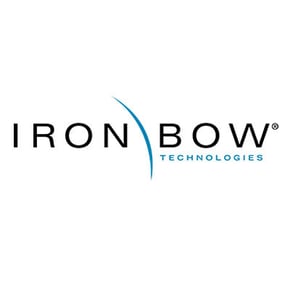